Liverpool Arabic Centre (LAC) is a local charitable organisation developed by local people to advocate the social and economic well-being, improve the health and advance the education of the Arabic community whilst strengthening the awareness of the community within wider society through the celebration and promotion of all aspects of Arabic history, language, cultural heritage and identity.

We offer a range of services tailored to meet the needs of our communities. Full details of LAC services can be found on our

We have a range of volunteer opportunities within LAC, and we’d love to hear from you. Please

here for more information on how you can make a donation to support the work we do here at the LAC. 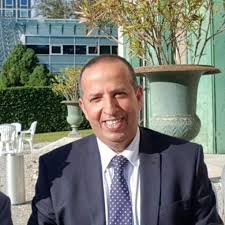 With great sadness, we received this morning, Monday, 2nd November 2020, the sad news of the death of Mr Abdul Razak Mossa, CEO of the Liverpool Arab Center.
The deceased dedicated his full life to serving the Arabic Community in Liverpool and particularly the Yemeni community.
The Liverpool Arabic Centre sends its deepest condolences and sympathy to all of his family members Haitham, Samira, Michele, and Abdulkareem Mossa.

‏Our chairman , Abdul Razak Mossa, has featured in a Arabic-produced documentary highlighting his success and the role he has played in promoting Arabic culture in Liverpool.

Razak travelled from Yemen to Britain 34 years ago seeking a better education. He studied Electrical Engineering at Liverpool University but found his degree opened up few doors to job opportunities. However his translation skills (he often supported Yemeni community members on issues such as housing and social services) gave him the qualifications he needed to apply for a social work assistant position at Liverpool City Council.

‏Razak worked for the council for 27 years, working his way up to a senior management role in Careline and was a well-known and well-liked figure throughout LCC, he also volunteered for the Liverpool Arabic Centre for almost 23 years. Helping to run the Arabic Centre in Liverpool where children of Arabic-descendency learn about their culture and the diverse cultures of the communities in which they live. His work in promoting and developing community cohesion drew the attention of documentary makers, who visited Razak last year, while he still worked for the council, to chat to him about his heritage, his arrival in Liverpool, career path and charitable and voluntary work.